Seller’s Advantage has purchased thousands of houses and we can buy yours in just a few days. There is no obligation, so contact us today!

Review our blog for tips on selling your home fast!

Selling a home can be challenging. Though you might think that your home could sell right away, it doesn’t always work that way. Some sit on the market for months or even years before the right person comes along.

Unfortunately, a contract doesn’t necessarily mean that your home is going to sell. If there is a problem with the inspection, you are going to have to figure out what you are going to do. You might be willing to fix some problems but not all of them. You may not want to deal with any of it.

Here are some problems that can quickly stop your home from selling.

Most buyers will walk away from a home that has water problems. They don’t want to deal with flooding in the basement or a roof that is leaking.

Any water problem can lead to even more problems. You may have mold or rot in your home. Water can also destroy the materials that make up your home, leading to all sorts of problems.

Because water can cause damage in all areas of a home, most buyers will pull out on a deal really fast when they hear that you have water problems.

Most buyers won’t touch a house where there are structural issues. Structural issues include problems with the foundation, support system, walls, and other things that hold a home up.

Not only will your buyers worry that they won’t be safe in their home, but they may also worry about it lasting for a long time. They don’t want to struggle to pay a mortgage for the next thirty years when they aren’t sure if it is going to last that long!

The cost to fix structural issues really depends on what is going on with your home. If your foundation and support system aren’t holding your home up right, the cost to fix it could be more than you ever imagined.

Septic systems are a necessary part of a home. You can’t sell a home with a septic system that fails inspection unless you sell it to someone who has cash. Nobody will be able to get a loan for a home that has a bad septic system.

Septic systems are very expensive to fix, often costing around twenty thousand dollars (or more) for a brand new one. However, if you don’t take care of the problem, you are going to struggle to sell your home.

Buyers expect (as they should) to be able to get safe drinking water at all times. They also expect to get as much as they need.

If your home has a well, it is important that it is working properly. It is also necessary to make sure that the water that comes out of your well is safe to drink.

Though some water issues aren’t too expensive to fix, if you have to replace your well, it can be very costly. If you don’t, you will struggle to find a buyer. Most loan officers won’t finance a home without a working well.

Though most homes have problems with ants and other rodents occasionally, people aren’t going to want to buy a home that has an infestation of them.

Termites can do a lot of damage to a home so most people will walk away quickly if they notice termite wings. They can do major damage to the structure of your home.

Rodents, including mice, rats, and bats will also push buyers away. Most people don’t want to buy a home that has critters living in them due to different health concerns.

If your house has a bad odor, you might push some buyers away. People don’t want to smell your dinner for last night so you should be careful what you cook prior to any visitations and open houses.

People also don’t like the smell of pets. If you have a smelly dog or cat, you might want to find somewhere else to keep him or her while you are trying to sell your home.

If you know that you are having an open house, you might want to bake some cookies or pies to give your home a nice smell. Some people try to use candles and air fresheners. However, this can also deter people who can’t handle smells. Others may wonder what you are trying to hide. They might pass just because they are afraid that you might be trying to hide mold or another stinky problem.

Sex offender who lives nearby.

More and more parents look at the sex offender list before they decide where they want to live. They don’t want their children anywhere near someone who is a convicted felon, especially one who was charged as a sexual offender.

Unfortnealy, there is nothing that you can do about this, and you just might lose out on some great buyers due to the neighborhood that you live in.

Two of the most common reasons that buyers walk away are water problems and structural issues. Water problems can cause mold, rot, and other problems. Structural issues often make people feel like they wouldn’t be safe in their new home. They may worry that your home wouldn’t stand up in a bad storm!

If your septic system fails inspection, you don’t have much choice in what you do. Nobody will be able to get a mortgage for a home without a septic system. You will either need to fix it or accept cash offers only.

Smells can also deter people. Make sure that you are careful with what you cook before any showings or open houses. If you have pets, you may want to keep them somewhere else to get rid of some of their smells. You also want to be careful if you use candles and air fresheners to freshen up your home. The smell may bother some people, and they can’t enjoy your home because it gives them a headache. If you have too many candles going, many people will worry that you are trying to hide something so they will walk away.

Contact us to sell your house fast! We pay cash for homes in any condition in as fast as seven days.

Seller's Advantage can buy your home in AS IS condition. For more information, call us at 1.800-208-3243 or contact us here for a no-cost, no-obligation consultation! 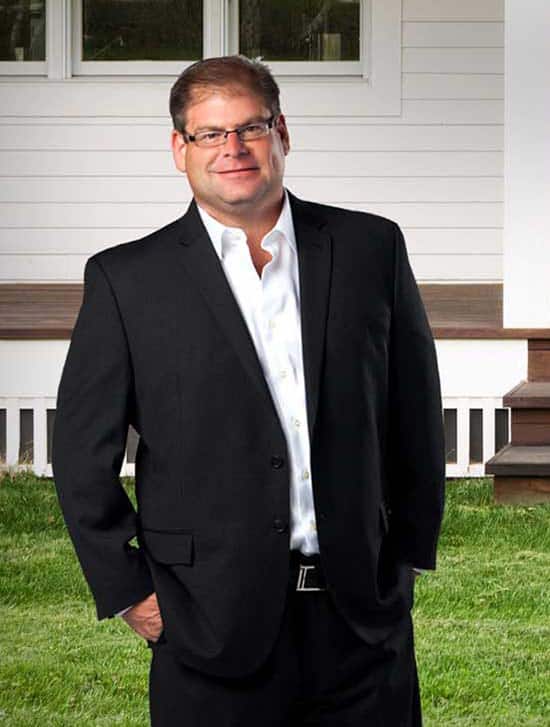 Seller’s Advantage is a BBB Accredited Business with an A+ Rating and has been in business for over 12 years.  We've purchased more than 10,000 properties from homeowners just like you!